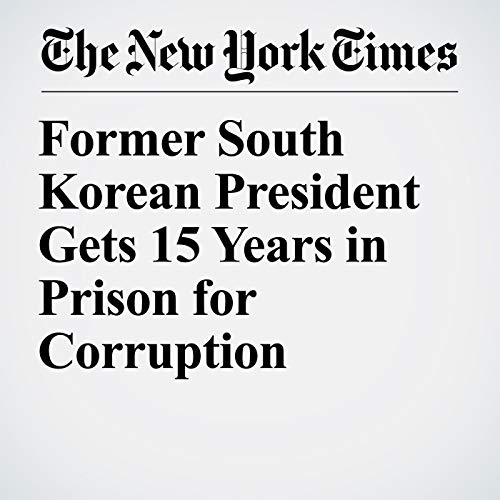 SEOUL, South Korea — Lee Myung-bak, a former president of South Korea, was sentenced Friday to 15 years in prison for bribery and embezzlement, becoming the second South Korean leader convicted in recent months in a crackdown on corruption.

"Former South Korean President Gets 15 Years in Prison for Corruption" is from the October 05, 2018 World section of The New York Times. It was written by Choe Sang Hun and narrated by Barbara Benjamin-Creel.