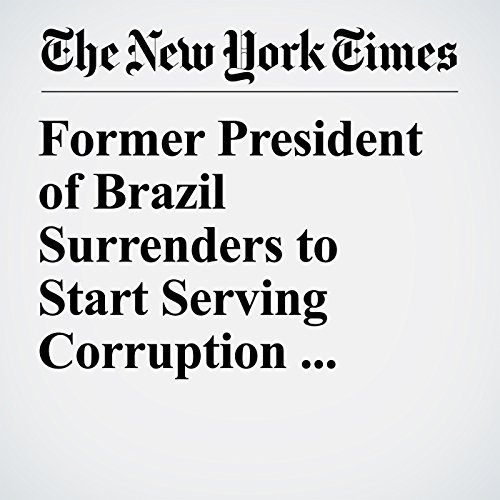 SÃO PAULO, Brazil — After vowing for months that a conviction on corruption charges would not stand in the way of his bid for a third term as Brazil’s leader, former President Luiz Inácio Lula da Silva surrendered to the police on Saturday evening to begin serving a 12-year sentence.

"Former President of Brazil Surrenders to Start Serving Corruption Sentence" is from the April 08, 2018 World section of The New York Times. It was written by Manuela Andreoni, Ernesto Londoño and Shasta Darlington and narrated by Keith Sellon-Wright.