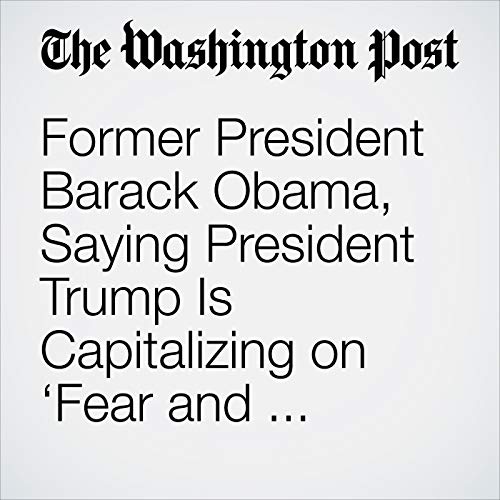 Former President Obama on Friday delivered a blistering criticism of the political tactics of his successor President Trump, saying he had built on the fears of the powerful as they look to diminishing importance in a rapidly changing nation.

"Former President Barack Obama, Saying President Trump Is Capitalizing on ‘Fear and Anger,’ Calls on Americans to Vote in November" is from the September 07, 2018 Politics section of The Washington Post. It was written by Michael Scherer and narrated by Jenny Hoops.