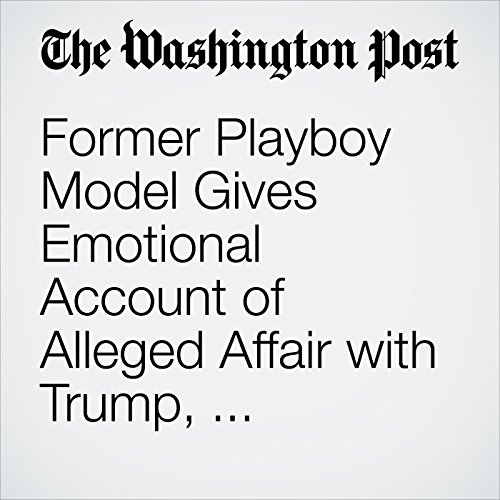 Former Playboy model Karen McDougal spoke on camera for the first time about the 10-month affair she says she had with Donald Trump shortly after the birth of his youngest son, baring the relationship’s most intimate details and tracing its arc — from the moment she first met the future president to what she says was her decision to end the romance later — in an intensely personal interview broadcast on national television.

"Former Playboy Model Gives Emotional Account of Alleged Affair with Trump, Apologizes to Melania" is from the March 23, 2018 Arts and Entertainment section of The Washington Post. It was written by Eli Rosenberg, Beth Reinhard and narrated by Jenny Hoops.