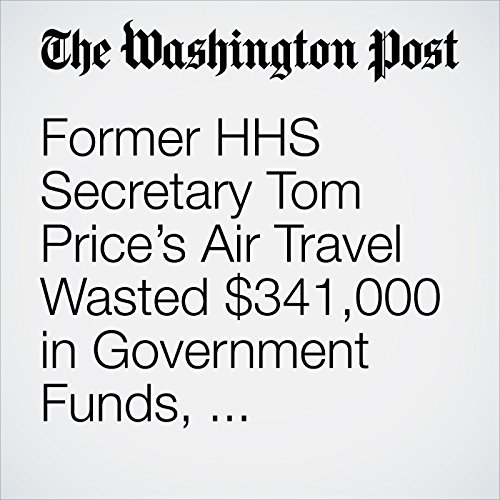 Former Health and Human Services Secretary Tom Price repeatedly failed to follow federal requirements during his travels while in office, wasting hundreds of thousands of dollars in government funds, according to the internal watchdog of the department he once led.

"Former HHS Secretary Tom Price’s Air Travel Wasted $341,000 in Government Funds, Watchdog Says" is from the July 13, 2018 National section of The Washington Post. It was written by Mark Berman and Amy Goldstein and narrated by Jenny Hoops.