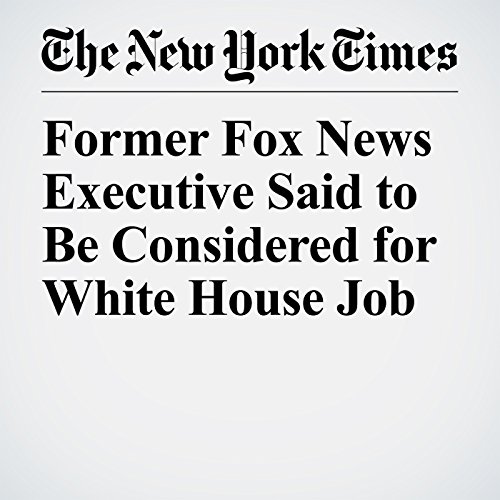 Bill Shine, a former co-president of Fox News and top lieutenant to the network’s founder, Roger Ailes, has spoken with White House officials about taking a position on President Donald Trump’s communications team, according to several people briefed on the discussions.

"Former Fox News Executive Said to Be Considered for White House Job" is from the August 01, 2017 U.S. section of The New York Times. It was written by Michael M. Grynbaum and narrated by Barbara Benjamin-Creel.