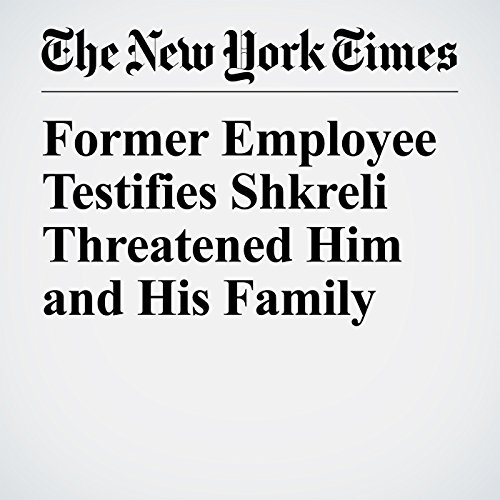 Tim Pierotti, who once ran a consumer hedge fund for Martin Shkreli, said he had already lost faith in his boss by the end of 2012.

"Former Employee Testifies Shkreli Threatened Him and His Family" is from the July 18, 2017 Business section of The New York Times. It was written by Stephanie Clifford and narrated by Kristi Burns.