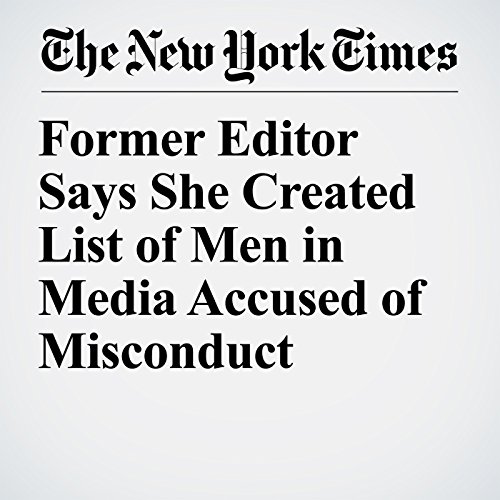 A former editor at The New Republic revealed in a lengthy essay published late Wednesday that she had started the online list of men in the media industry accused of sexual harassment.

"Former Editor Says She Created List of Men in Media Accused of Misconduct" is from the January 11, 2018 Business section of The New York Times. It was written by Matthew Haag and Matt Stevens and narrated by Kristi Burns.