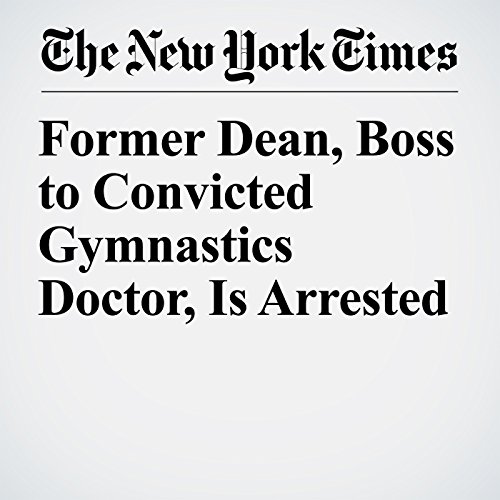 The former dean of Michigan State University’s medical school, who supervised the disgraced physician Lawrence G. Nassar for years, was jailed Monday night, the day before prosecutors were expected to give an update on their investigation of the university.

"Former Dean, Boss to Convicted Gymnastics Doctor, Is Arrested" is from the March 26, 2018 U.S. section of The New York Times. It was written by Mitch Smith and narrated by Keith Sellon-Wright.