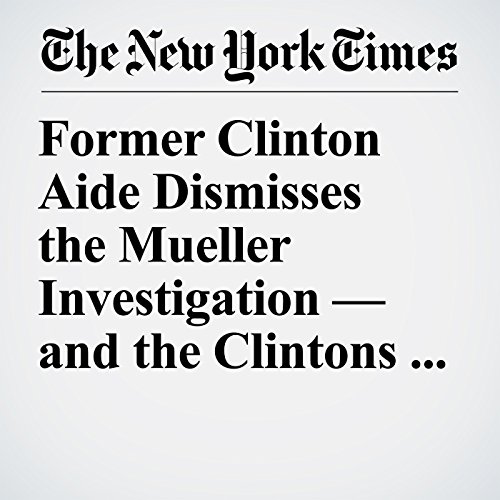 Mark J. Penn was one of the primary architects of President Bill Clinton’s re-election campaign in 1996 and served as chief strategist for Hillary Clinton’s presidential campaign in 2008. Few people have done more to advance the Clinton cause in the last couple of decades.

"Former Clinton Aide Dismisses the Mueller Investigation — and the Clintons Along With It" is from the May 21, 2018 U.S. section of The New York Times. It was written by Peter Baker and narrated by Keith Sellon-Wright.