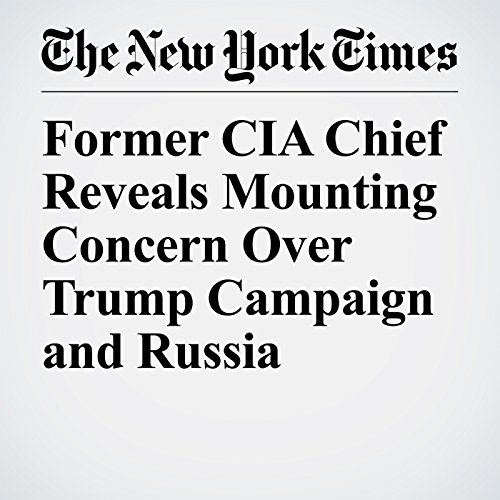 "Former CIA Chief Reveals Mounting Concern Over Trump Campaign and Russia" is from the May 23, 2017 U.S. section of The New York Times. It was written by Matt Apuzzo and narrated by Kristi Burns.