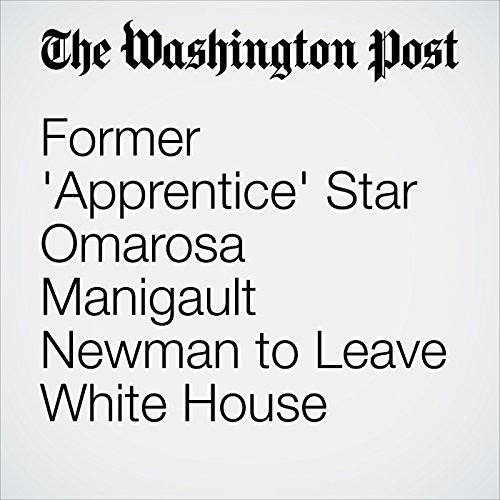 Omarosa Manigault Newman, the former reality TV star who followed President Trump into national politics, has stepped down from her post as director of communications at the White House Office of Public Liaison.

"Former 'Apprentice' Star Omarosa Manigault Newman to Leave White House" is from the December 13, 2017 Politics section of The Washington Post. It was written by Vanessa Williams and narrated by Sam Scholl.