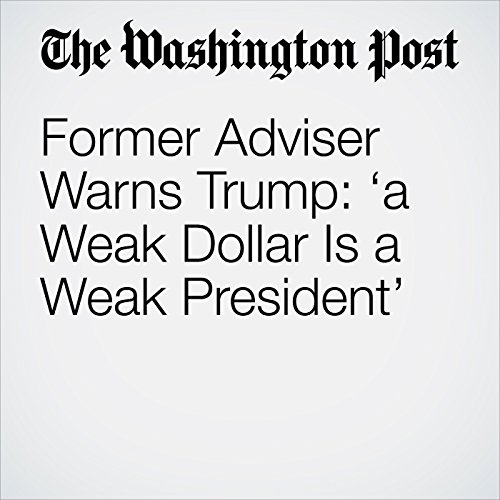 President Trump won his election as a straight-talking truth teller from outside the political establishment. Now, less than three months after taking office, he is reversing himself on some major questions about the American economy.

"Former Adviser Warns Trump: ‘a Weak Dollar Is a Weak President’" is from the April 14, 2017 Opinion section of The Washington Post. It was written by Max Ehrenfreund and narrated by Sam Scholl.