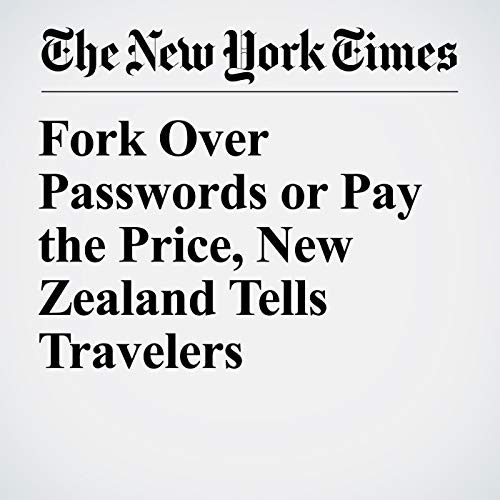 Travelers entering New Zealand who refuse to disclose passwords for their digital devices during forced searches could face prosecution and fines of more than $3,000, a move that border officials said Tuesday made the country the first to impose such penalties.

"Fork Over Passwords or Pay the Price, New Zealand Tells Travelers" is from the October 02, 2018 World section of The New York Times. It was written by Charlotte Graham Mclay and narrated by Kristi Burns.