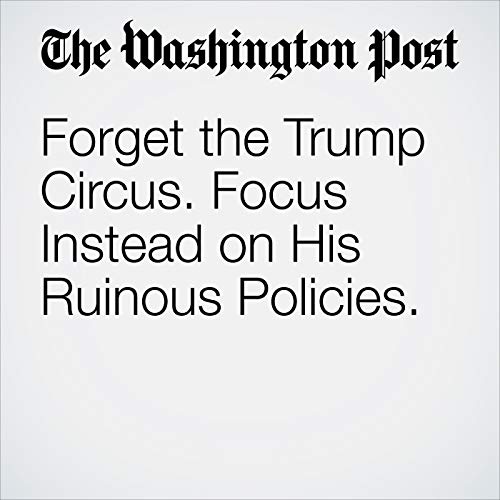 A recent opinion piece written by an unnamed senior official in the Trump administration calls out the obvious and terrifying failings of the president, while assuring Americans that “adults in the room” are limiting the damage. Both the piece and President Trump’s impetuous, adversarial and petty response torched a furor among the commentariat.

Once more talk of removing Trump through the 25th Amendment revived; talk shows probed the motives of the author; Trump fed the story further by launching a public search for the “treasonous” writer. But the op-ed is more a trap than a boon for Democrats: The narrow focus on Trump’s odious zaniness distracts from the true destructiveness of the course pursued by the administration and the Republican-led Congress."Forget the Trump Circus. Focus Instead on His Ruinous Policies." is from the September 11, 2018 Opinion section of The Washington Post. It was written by Katrina vanden Heuvel and narrated by Sam Scholl.