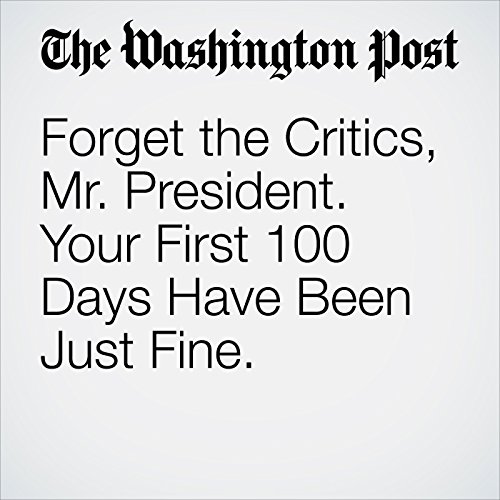 Forget the Critics, Mr. President. Your First 100 Days Have Been Just Fine.

Despite the best efforts of the White House “PR apparatus” to sell the president’s first 100 days as a success, the New York Times declared in an editorial, the new administration has, in fact, been plagued by “many missteps” including a “bungled sales job” on his first major legislative initiative and a “snakebit” confirmation process, all of which have produced “a flurry of articles bemoaning the lack of focus in the White House.”

"Forget the Critics, Mr. President. Your First 100 Days Have Been Just Fine." is from the April 24, 2017 Opinions section of The Washington Post. It was written by Marc A. Thiessen and narrated by Sam Scholl.