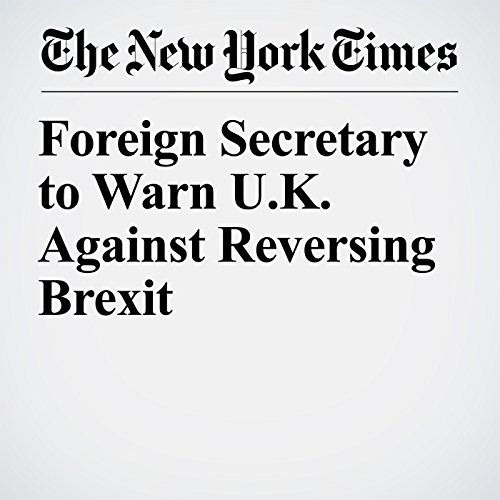 Britain’s Foreign Secretary, Boris Johnson, was expected to argue Wednesday that Britain’s looming departure from the European Union provides grounds not for “fear but hope,” and to warn critics that efforts to reverse the process would be a “disastrous mistake.”

"Foreign Secretary to Warn U.K. Against Reversing Brexit" is from the February 14, 2018 World section of The New York Times. It was written by Stephen Castle and narrated by Keith Sellon-Wright.