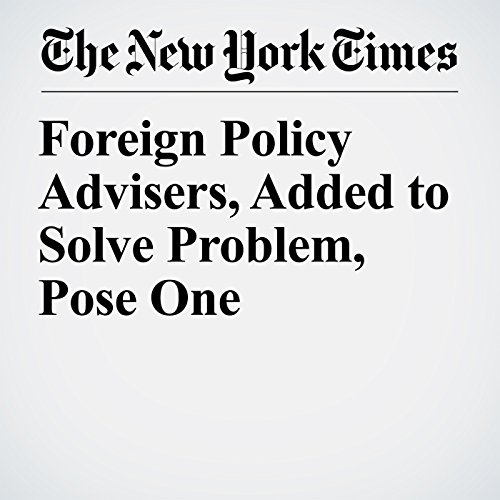 One lasted only 24 days as President Donald Trump’s national security adviser, done in by his lack of candor about conversations he had with the Russian ambassador. Another has been hauled in front of a federal grand jury investigating Russia’s interference in the election.

"Foreign Policy Advisers, Added to Solve Problem, Pose One" is from the October 31, 2017 U.S. section of The New York Times. It was written by Matthew Rosenberg, Sharon Lafraniere and Matt Apuzzo and narrated by Keith Sellon-Wright.