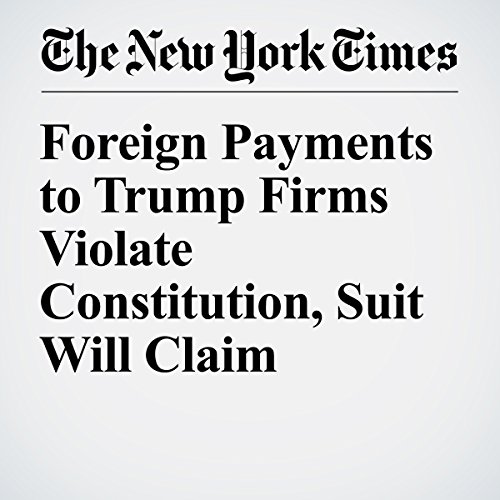 The lawsuit is among a barrage of legal actions against the Trump administration that have been initiated or are being planned by major liberal advocacy organizations. Such suits are among the few outlets they have to challenge the administration now that Republicans are in control of the government.

"Foreign Payments to Trump Firms Violate Constitution, Suit Will Claim" is from the January 22, 2017 U.S. section of The New York Times. It was written by Eric Lipton and Adam Liptak and narrated by Kristi Burns.