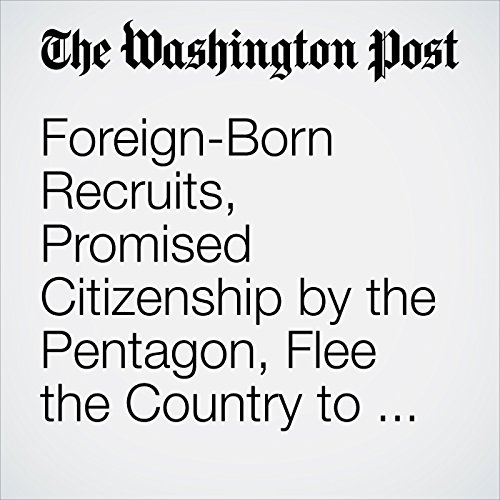 Frustrated by delayed promises from the U.S. military for citizenship, and in fear of the Islamic State if he were deported back to Iraq, Ranj Rafeeq has given up the American Dream for a Canadian one.

"Foreign-Born Recruits, Promised Citizenship by the Pentagon, Flee the Country to Avoid Deportation" is from the July 17, 2017 Checkpoint section of The Washington Post. It was written by  Alex Horton and narrated by Sam Scholl.