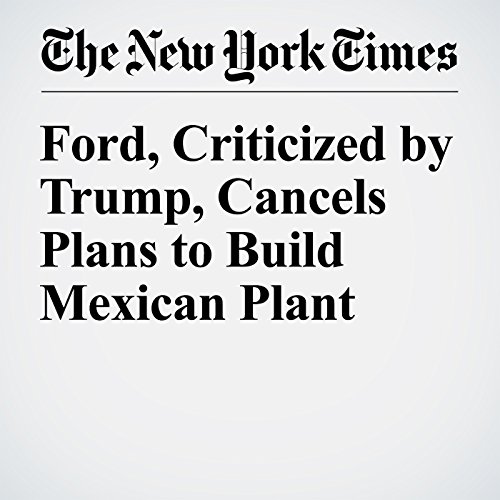 In a stunning reversal, Ford Motor Co., the nation’s second-largest automaker, said Tuesday that it would scrap plans to build a small-car assembly plant in Mexico that Trump has repeatedly criticized.

"Ford, Criticized by Trump, Cancels Plans to Build Mexican Plant" is from the January 03, 2017 Business section of The New York Times. It was written by Neal E. Boudette and narrated by Kristi Burns.