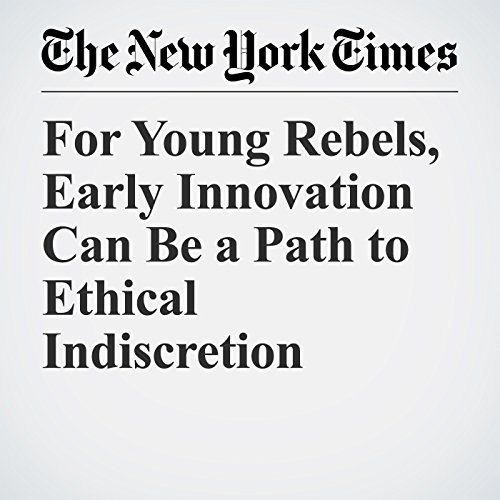 Rare is the gifted teenager who is not bored in high school. Yet few have signaled their boredom as extravagantly as Martin Shkreli, the pharmaceutical company founder who was sent to jail Wednesday to await sentencing for a fraud conviction.

"For Young Rebels, Early Innovation Can Be a Path to Ethical Indiscretion" is from the September 14, 2017 Business section of The New York Times. It was written by Noam Scheiber and narrated by Mike DelGaudio.