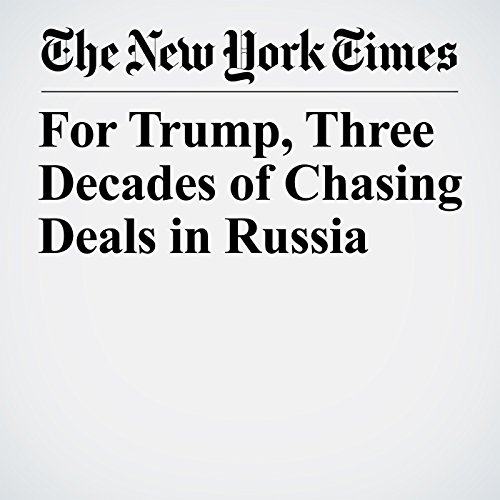 The president-elect’s favorable comments about President Vladimir Putin of Russia and the conclusion of U.S. intelligence officials that Moscow acted to help Trump’s campaign have focused attention on Trump’s business interests in Russia.

"For Trump, Three Decades of Chasing Deals in Russia" is from the January 16, 2017 U.S. section of The New York Times. It was written by Megan Twohey and Steve Eder and narrated by Caroline Miller.