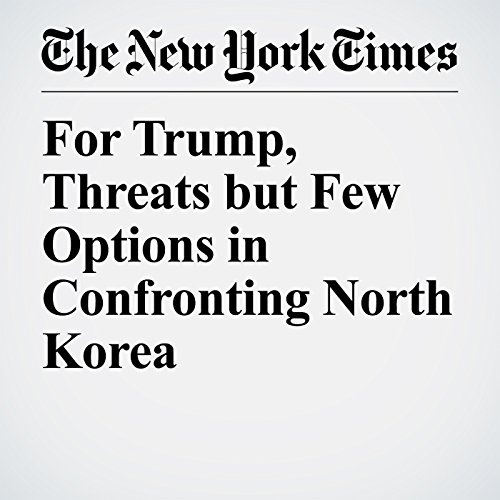 When then-President-elect Donald Trump said on Twitter in early January that a North Korean test of an intercontinental ballistic missile capable of reaching the United States “won’t happen!” there were two things he still did not fully appreciate: how close Kim Jong In, the North’s leader, was to reaching that goal, and how limited any president’s options were to stop him.

"For Trump, Threats but Few Options in Confronting North Korea" is from the July 04, 2017 World section of The New York Times. It was written by David E. Sanger and narrated by Keith Sellon-Wright.