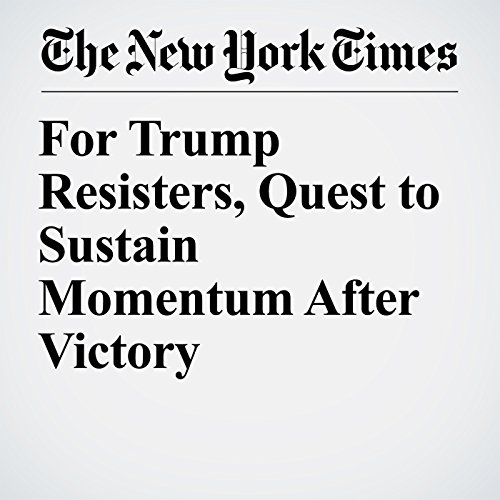 This could be the Scott Brown moment for the young movement that has risen up to oppose the agenda of Trump and the Republican-led Congress, providing the taste of power that Tea Party groups got in 2010 when they helped elect Brown, R-Mass., to a Senate seat that had been held for decades by a Democrat. That victory propelled a wave of conservative victories in the midterm elections later that year.

"For Trump Resisters, Quest to Sustain Momentum After Victory" is from the April 09, 2017 U.S. section of The New York Times. It was written by Kate Zernike and narrated by Caroline Miller.