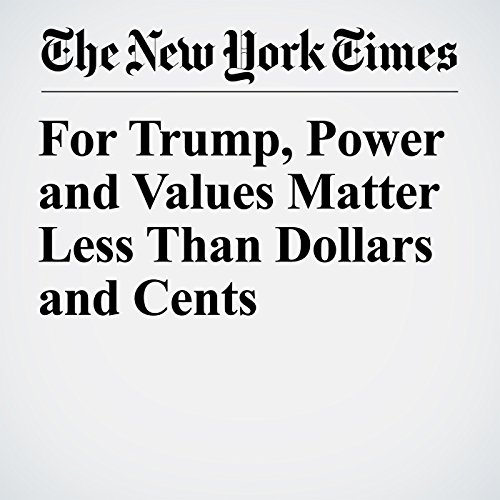 SINGAPORE — President Donald Trump’s eager embrace of Kim Jong Un of North Korea this week, on the heels of an acrid falling-out with Prime Minister Justin Trudeau of Canada, raised an obvious, if confounding, question: Why would a U.S. president offend allies and cozy up to adversaries?

"For Trump, Power and Values Matter Less Than Dollars and Cents" is from the June 13, 2018 U.S. section of The New York Times. It was written by Mark Landler and narrated by Keith Sellon-Wright.