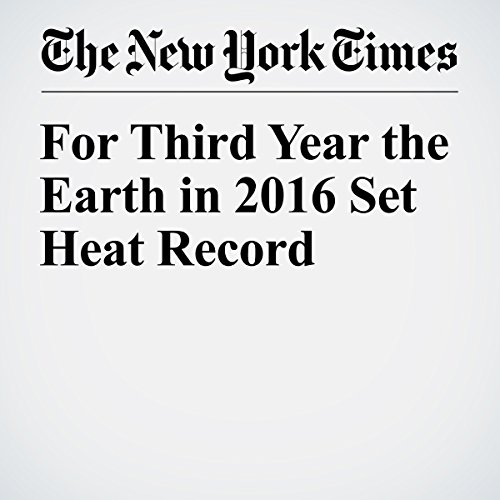 The findings came two days before the inauguration of a U.S. president who has called global warming a Chinese plot and vowed to roll back his predecessor’s efforts to cut emissions of heat-trapping gases.

"For Third Year the Earth in 2016 Set Heat Record" is from the January 19, 2017 U.S. section of The New York Times. It was written by Justin Gillis and John Schwartz and narrated by Caroline Miller.