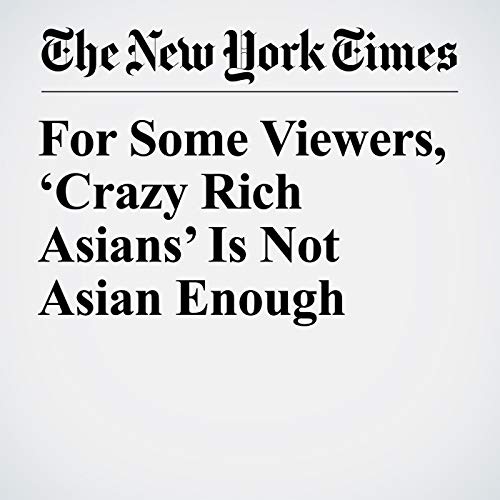 For Some Viewers, ‘Crazy Rich Asians’ Is Not Asian Enough

HONG KONG — “Crazy Rich Asians,” a romantic comedy that opened in the United States on Wednesday, is a rare commodity: a Hollywood film with a majority Asian cast. For many Asian-American viewers, that is a positive, if sorely belated, development.

"For Some Viewers, ‘Crazy Rich Asians’ Is Not Asian Enough" is from the August 16, 2018 World section of The New York Times. It was written by Mike Ives and narrated by Kristi Burns.