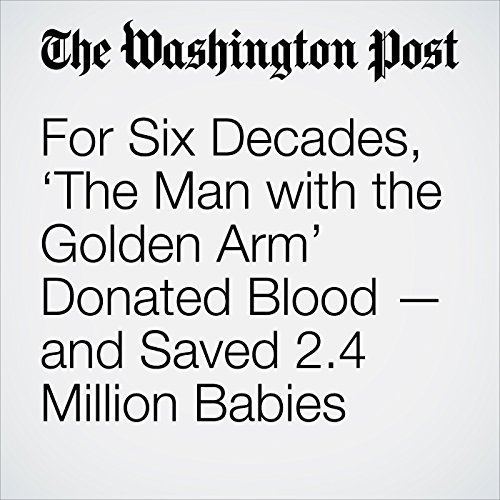 In 1951, a 14-year-old Australian boy named James Harrison awoke from a major chest operation. Doctors had removed one of his lungs in a procedure that had taken several hours — and would keep him hospitalized for three months.

"For Six Decades, ‘The Man with the Golden Arm’ Donated Blood — and Saved 2.4 Million Babies" is from the May 12, 2018 Lifestyle section of The Washington Post. It was written by Amy B Wang and narrated by Sam Scholl.