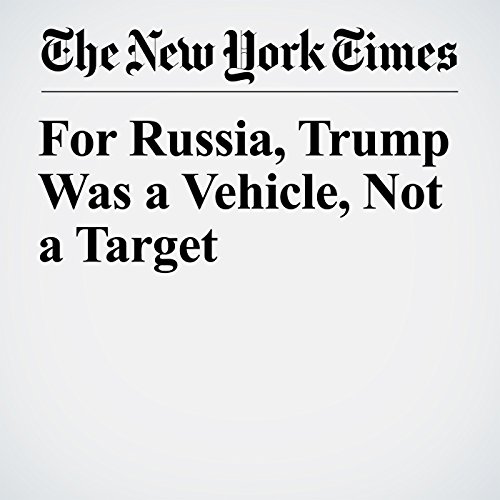 Last week, in a sentencing memorandum for the lawyer Alex Van Der Zwaan, the special counsel’s office noted that Rick Gates and “Person A” — an unnamed figure who has ties to a “Russian intelligence service and had such ties in 2016” — “were directly communicating in September and October 2016.”

"For Russia, Trump Was a Vehicle, Not a Target" is from the April 03, 2018 Opinion section of The New York Times. It was written by Clint Watts and narrated by Kristi Burns.

Cosa pensano gli ascoltatori di For Russia, Trump Was a Vehicle, Not a Target