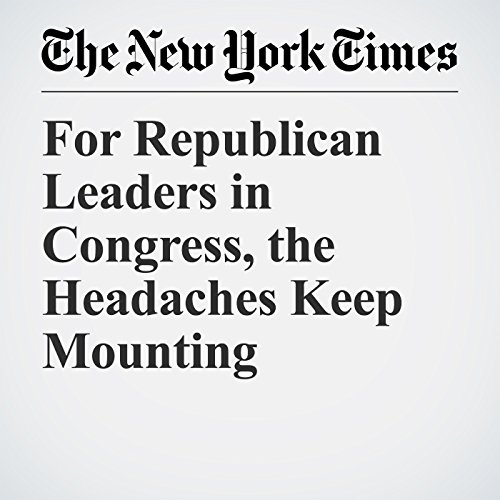 Republican leaders in Congress are under attack from all sides of their own party, battered by voters from the right and left, spurned by frustrated donors and even threatened by the Trump White House for ineffective leadership and insufficient loyalty.

"For Republican Leaders in Congress, the Headaches Keep Mounting" is from the October 06, 2017 U.S. section of The New York Times. It was written by Jonathan Martin and Alexander Burns and narrated by Mike DelGaudio.