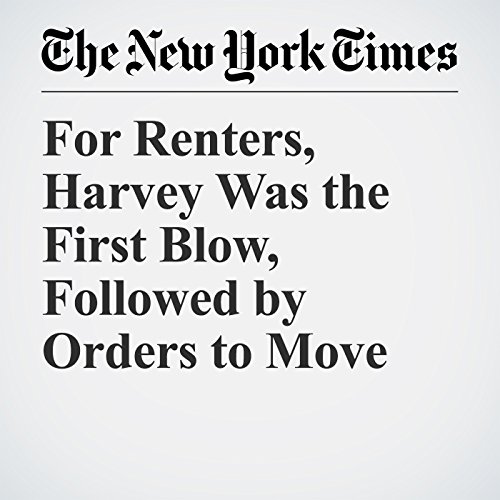 A few weeks after she unpacked, Hurricane Harvey crashed into the Texas coast, and Emma Nelson and countless others in the drenched region were thrust into housing limbo. After swimming out through the front window during the storm and then clashing with her landlord during the cleanup, Ms. Nelson received an ultimatum to vacate within five days. She hasn’t moved her belongings out, and she believed her family should be allowed to stay through their two-year lease.

"For Renters, Harvey Was the First Blow, Followed by Orders to Move" is from the September 08, 2017 U.S. section of The New York Times. It was written by Mitch Smith and narrated by Mike DelGaudio.