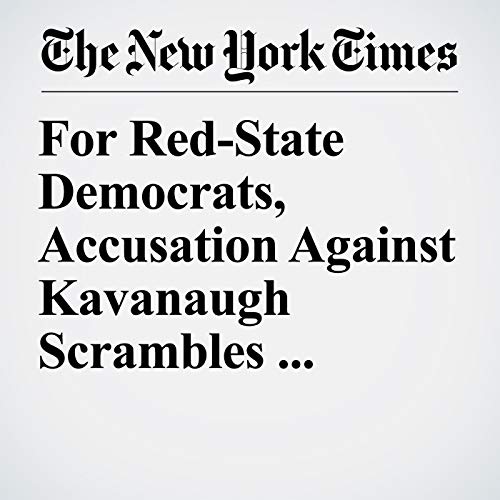 The sexual assault accusation against Judge Brett M. Kavanaugh hasn’t just upended what was expected to be his relatively easy Senate confirmation to the Supreme Court. The allegation has also scrambled the political calculations for 10 Democratic senators running for re-election in states won by President Donald Trump, particularly three moderate Democrats who had been weighing a yes vote.

"For Red-State Democrats, Accusation Against Kavanaugh Scrambles Midterm Calculus" is from the September 19, 2018 U.S. section of The New York Times. It was written by Jonathan Martin and narrated by Keith Sellon-Wright.