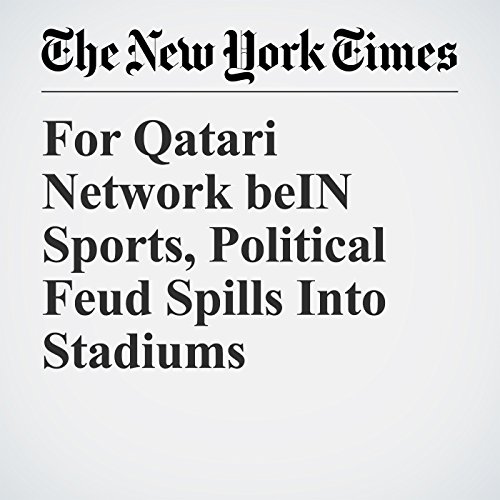 One of the world’s biggest buyers of sports rights has a problem: It’s Qatari. The broadcaster, beIN Sports, has poured billions of dollars into securing rights to major events, notably in soccer, in recent years. But over the last three months, it has become entangled in a bitter diplomatic crisis in which several Arabic-speaking countries, led by Saudi Arabia, severed relations with Qatar, the tiny gas-rich emirate that will host the 2022 World Cup.

"For Qatari Network beIN Sports, Political Feud Spills Into Stadiums" is from the September 11, 2017 Sports section of The New York Times. It was written by Tariq Panja and narrated by Keith Sellon-Wright.