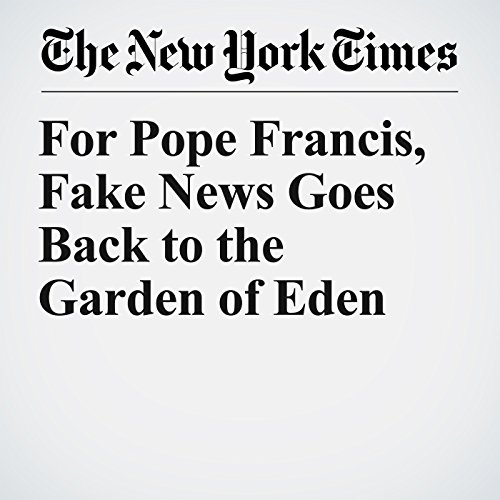 The serpent in the Garden of Eden hissed the first fake news to Eve and it all went downhill from there, Pope Francis writes in a major document about the phenomenon of fake news released on Wednesday.

"For Pope Francis, Fake News Goes Back to the Garden of Eden" is from the January 24, 2018 World section of The New York Times. It was written by Jason Horowitz and narrated by Keith Sellon-Wright.