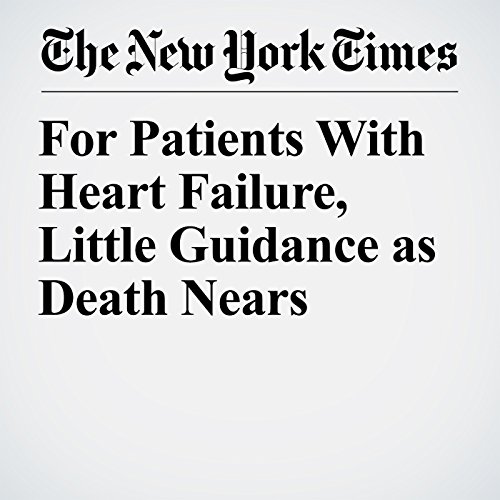 Ricky Hurst’s doctors told him last year that there was nothing more they could do. His heart was failing, and he should get his affairs in order. The end was coming. But Hurst, 56, a former ranger and school football coach in Jackson, Michigan, is still alive, although his heart continues to weaken. And patients like him are raising a new dilemma for doctors.

"For Patients With Heart Failure, Little Guidance as Death Nears" is from the November 06, 2017 Health section of The New York Times. It was written by Gina Kolata and narrated by Kristi Burns.