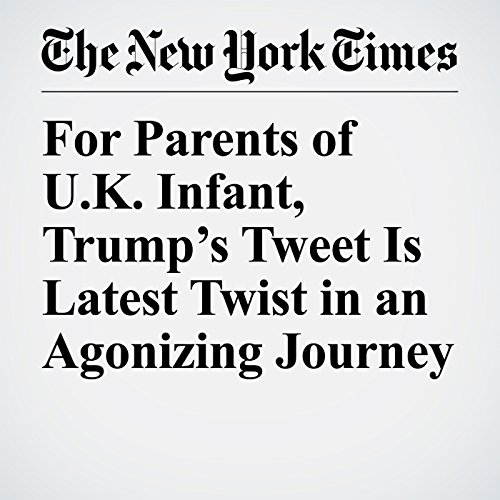 The long journey for Connie Yates and Chris Gard, whose infant son, Charlie, cannot breathe or move on his own, appeared to have come to an end last week. The courts had ruled that the baby’s rare genetic condition was incurable and that the only humane option was to take him off life support. The couple announced that they were getting ready “to say the final goodbye.”

"For Parents of U.K. Infant, Trump’s Tweet Is Latest Twist in an Agonizing Journey" is from the July 04, 2017 World section of The New York Times. It was written by Dan Bilefsky and Sewell Chan and narrated by Keith Sellon-Wright.