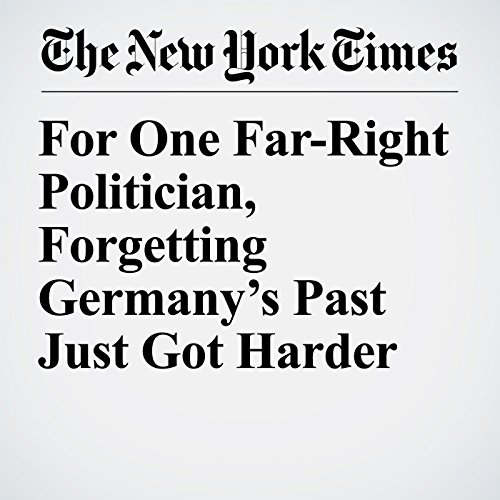 No one in the village saw it coming, least of all Bjorn Höcke, a quiet and well-liked local father of four who also happens to be Germany’s most notorious far-right politician. Last January, at rally in Dresden, Höcke questioned the guiding precept of modern Germany — the country’s culpability in World War II and the Holocaust — calling on Germans to make a “180 degree” turn in the way they viewed their history.

"For One Far-Right Politician, Forgetting Germany’s Past Just Got Harder" is from the December 25, 2017 World section of The New York Times. It was written by Katrin Bennhold and narrated by Kristi Burns.