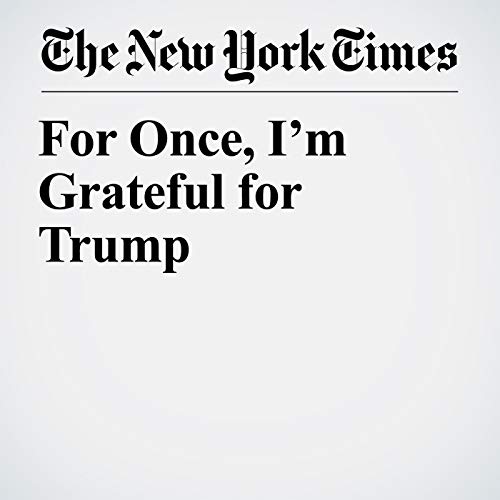 For the first time since Donald Trump entered the political fray, I find myself grateful that he’s in it. I’m reluctant to admit it and astonished to say it, especially since the president mocked Christine Blasey Ford in his ugly and gratuitous way at a rally Tuesday. Perhaps it’s worth unpacking this admission for those who might be equally astonished to read it.

"For Once, I’m Grateful for Trump" is from the October 04, 2018 Opinion section of The New York Times. It was written by Bret Stephens and narrated by Keith Sellon-Wright.