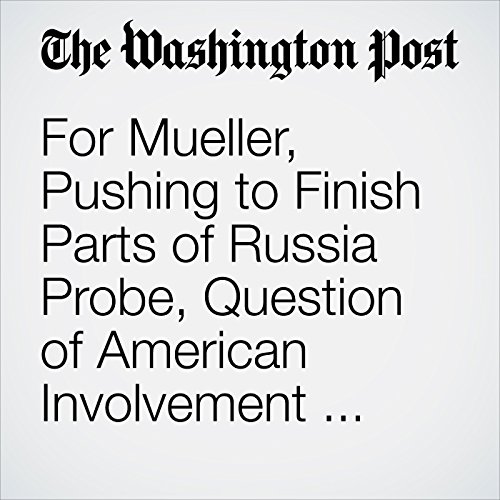 In a 29-page indictment Friday, special counsel Robert S. Mueller III blamed specific officers in the Russian government for the 2016 hacking of Democrats, answering one of his investigation’s central questions while highlighting another he must still explain: Were any Americans involved in the conspiracy to interfere in the race for the White House?

"For Mueller, Pushing to Finish Parts of Russia Probe, Question of American Involvement Remains" is from the July 14, 2018 National section of The Washington Post. It was written by Devlin Barrett, Matt Zapotosky, Carol D.Leonnig and Shane Harris and narrated by Sam Scholl.