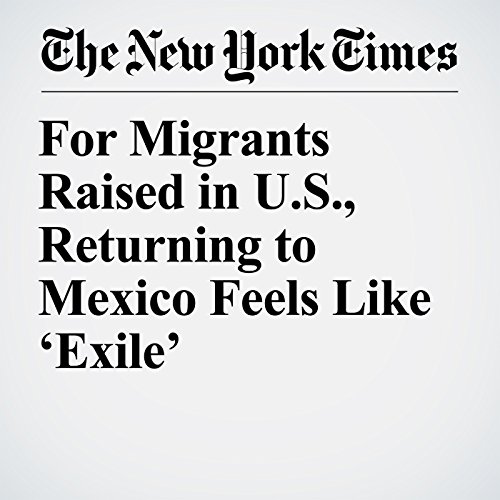 MEXICO CITY — Lalo Aguilar was born in the Mexican border city of Juárez 29 years ago, carries a Mexican passport and lives in Mexico City. Yet he speaks of Mexico as a kind of foreign country, a place to which he was banished.

"For Migrants Raised in U.S., Returning to Mexico Feels Like ‘Exile’" is from the March 24, 2018 World section of The New York Times. It was written by Kirk Semple and narrated by Kristi Burns.