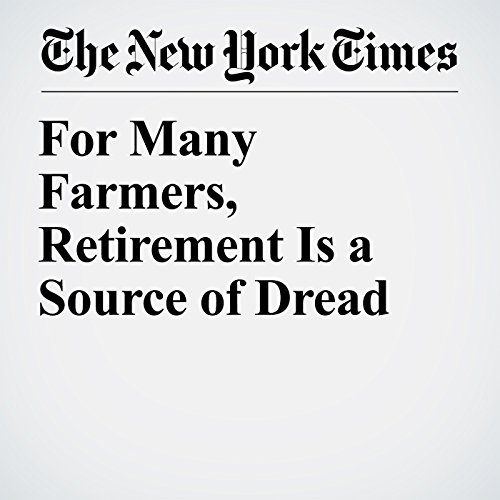 Farmers tend to work longer than most Americans, and recent statistics show they are farming even later in life, driven by work that is their identity, aided by technology that lightens its physical toll, and spurred by solid profits off record yields.

"For Many Farmers, Retirement Is a Source of Dread" is from the March 04, 2017 Business section of The New York Times. It was written by Christina Capecchi and narrated by Fleet Cooper.

Cosa pensano gli ascoltatori di For Many Farmers, Retirement Is a Source of Dread