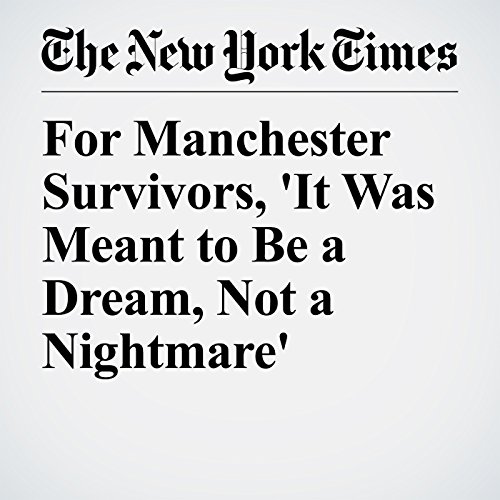 It was that moment after the music ends. The pop star, Ariana Grande, had finished the encore of her “Dangerous Woman” concert, and the shrieks of teenagers and others had subsided. The stage show was over, the arena lights had gone up, and fans were clutching pink balloons that had dropped from the rafters — souvenirs from a special night.

"For Manchester Survivors, 'It Was Meant to Be a Dream, Not a Nightmare'" is from the May 23, 2017 World section of The New York Times. It was written by Ceylan Yeginsu, Rory Smith and Stephen Castle and narrated by Keith Sellon-Wright.

Cosa pensano gli ascoltatori di For Manchester Survivors, 'It Was Meant to Be a Dream, Not a Nightmare'