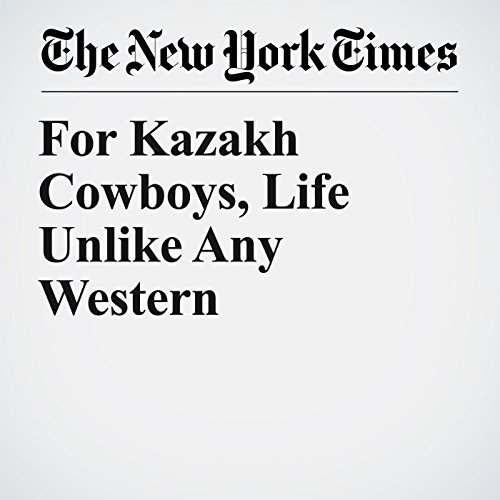 It has been a long, rough ride for the cowboys of Kazakhstan, descendants of the nomadic herders who roamed across Central Asia until Russia declared in 1864 that it could no longer tolerate their “turbulent and unsettled character” and would force them to settle down.

"For Kazakh Cowboys, Life Unlike Any Western" is from the December 30, 2017 World section of The New York Times. It was written by Andrew Higgins and narrated by Kristi Burns.