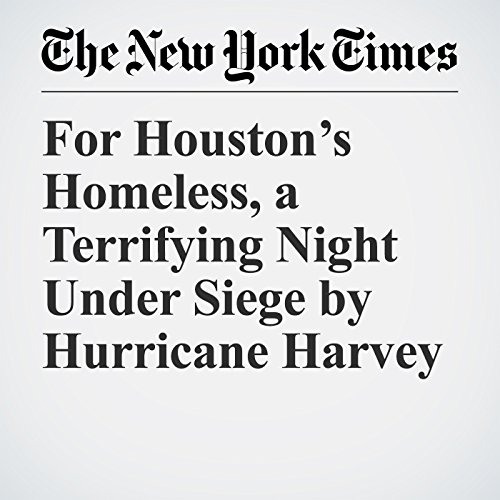 Before high winds and heavy rain began to lash this city overnight, Roy Joe Cox tucked into the spot under the freeway that he calls home and assessed his hurricane supplies. Four hot dogs. A bag of shrimp. A couple of cupcakes. His American Tourister rolling suitcase, fitted with a spare pair of jeans and not much else. “I have no place to go and it’s going to get bad,” he said Saturday, his T-shirt blowing in the breeze. “A hurricane is coming and I don’t know how I’m going to live through it.”

"For Houston’s Homeless, a Terrifying Night Under Siege by Hurricane Harvey" is from the August 27, 2017 U.S. section of The New York Times. It was written by Julie Turkewitz and narrated by Kristi Burns.