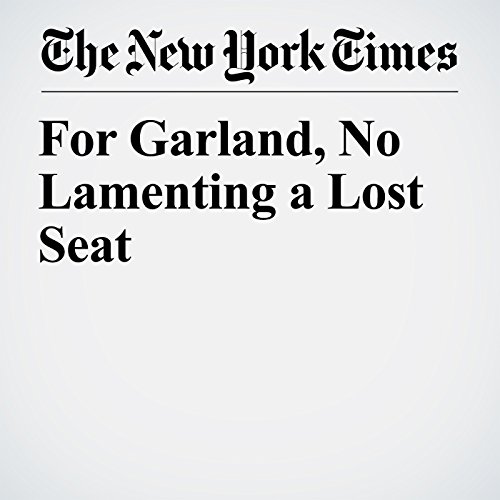 For Garland, No Lamenting a Lost Seat

You might think it would take a toll on a person, being nominated for the U.S. Supreme Court and then having to wait around for eight months in a public state of suspended preparation, simultaneously holding out hope and seeing it drift away.

"For Garland, No Lamenting a Lost Seat" is from the February 19, 2017 U.S. section of The New York Times. It was written by Sarah Lyall and narrated by Caroline Miller.