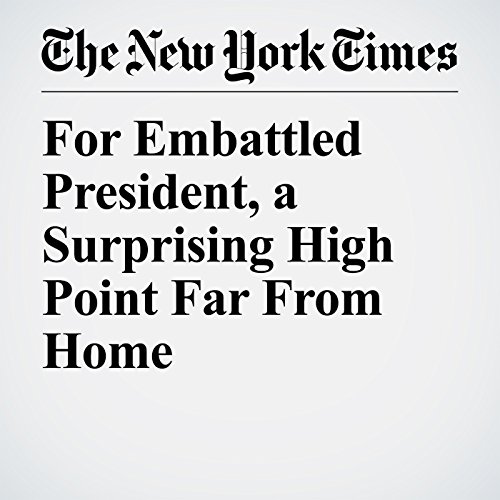 The anger outside, they noted with relief, was mostly directed at globalism, the Group of 20 and European leaders, not at Trump.

"For Embattled President, a Surprising High Point Far From Home" is from the July 08, 2017 World section of The New York Times. It was written by Glenn Thrush and narrated by Keith Sellon-Wright.