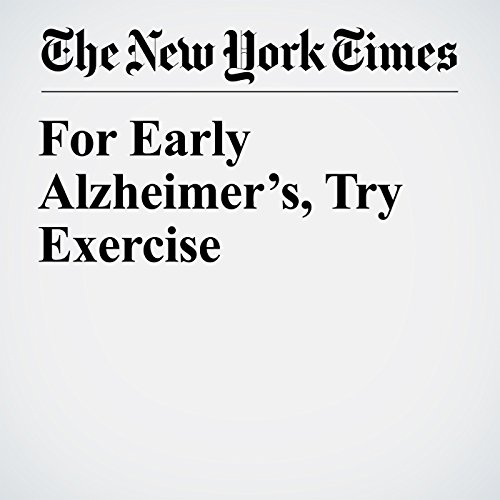 For some people with early-stage Alzheimer’s disease, frequent, brisk walks may help to bolster physical abilities and slow memory loss, according to one of the first studies of physical activity as an experimental treatment for dementia.

"For Early Alzheimer’s, Try Exercise" is from the March 13, 2017 Science section of The New York Times. It was written by Gretchen Reynolds and narrated by Barbara Benjamin-Creel.