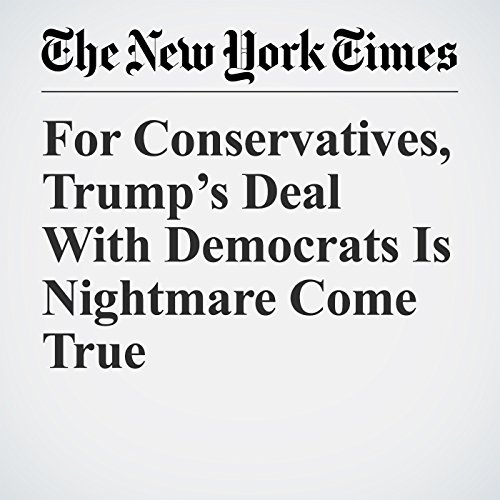 It is the scenario that President Donald Trump’s most conservative followers considered their worst nightmare, and on Wednesday it seemed to come true: The dealmaking political novice, whose ideology and loyalty were always fungible, cut a deal with Democrats.

"For Conservatives, Trump’s Deal With Democrats Is Nightmare Come True" is from the September 06, 2017 U.S. section of The New York Times. It was written by Jeremy W. Peters and Maggie Haberman and narrated by Kristi Burns.