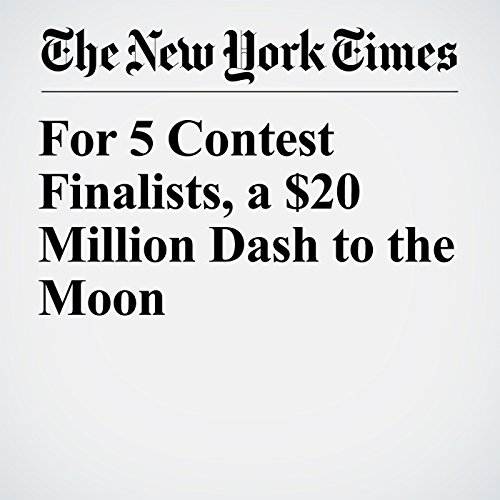 Entrepreneurs hope that commercial ventures expand in lucrative ways in later years. In a farther, fanciful future, for example, the moon could be mined for platinum, a metal far more valuable than gold, or helium-3, to be used as fuel for fusion energy reactors that do not yet exist.

""For 5 Contest Finalists, a $20 Million Dash to the Moon" is from the January 24, 2017 Technology section of The New York Times. It was written by Kenneth Chang and narrated by Kristi Burns.